Understanding the Different Types of Dementia 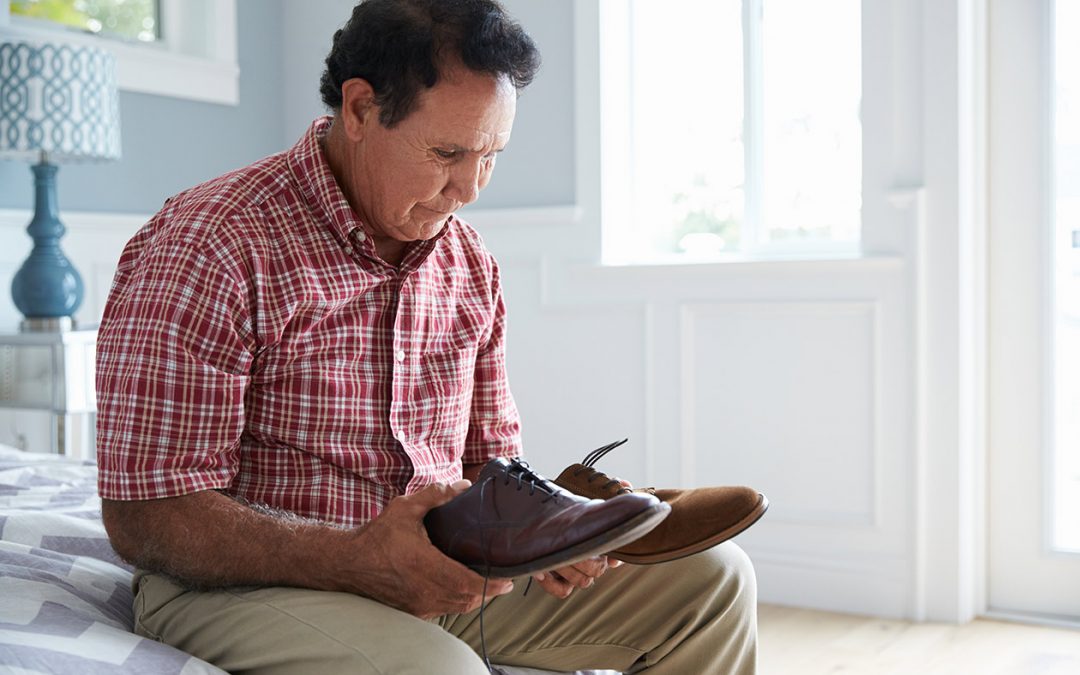 When people hear the word dementia, they almost instantly think of Alzheimer’s. However, there are several different types of dementia. Knowing the difference means knowing what to expect, and getting the right treatment when available. Here are the most common types of dementia apart from Alzheimer’s.

Vascular dementia accounts for about 10 percent of dementia cases and is the result of problems with the blood vessels which supply the brain. It often develops after the person has had a stroke. A person with vascular dementia will not have the degree of memory loss of a person with Alzheimer’s, but they will have trouble thinking, planning and organizing.

The course of the illness is unpredictable, because the location, number and size of the brain injuries from one or more strokes will determine whether dementia will result, and how the individual’s thinking and physical function will be affected.

A person can have brain changes resulting from more than one cause, such as vascular dementia and Parkinson’s. In this case, they are said to have mixed dementia. This is most likely in people over 85.

Lewy bodies are clumps of a particular protein that can clog the cerebral cortex and affect memory and thinking problems. People with this condition often have trouble sleeping and visual hallucinations. They sometimes exhibit similar symptoms to those with Parkinson’s disease. The symptoms/course of the disease will vary depending on the movement of the Lewy bodies. This can result in many normal moments and then sudden declines into dementia.

As Parkinson’s disease progresses, it often results in dementia similar to dementia with Lewy bodies, or Alzheimer’s. The main symptoms are problems with movement, such as slowness, rigidity, tremor and changes in gait and tremor (the shakes). With Parkinson’s, Lewy bodies form in an area deep in the brain called the substantia nigra. They cause degeneration of the nerve cells that produce dopamine, an essential neurotransmitter or chemical which controls movement.

The boxer Muhammad Ali developed Parkinson’s after his sports career and lived with it for many years. The actor Michael J. Fox was diagnosed with it at a very young age, but lifestyle strategies and medication help him keep working.

This dementia affects the frontotemporal area of the brain and results in changes in personality and behavior, as well as difficulty with language. Nerve cells that are in the front & side regions of the brain are particularly affected. It tends to affect people at a younger age: 60% of people with FTLD are aged 45 to 60. It accounts for about 10 percent of all dementia cases.

Now CJD is the most common human form of a group of rare, fatal brain disorders that affect not only people, but certain other mammals as well. It is often referred to as “mad cow disease” and is thought to result from eating animal products from infected cows. It is a fatal disease that impairs memory and coordination and causes behavior changes as the proteins in the brain all start to malfunction.

Simply put, Huntington’s disease is a progressive brain disorder that is caused by a single defective gene on chromosome 4. Symptoms include tremor and jerking, a severe decline in thinking and reasoning skills, and irritability, depression, and other mood changes. The symptoms will get worse over time as more of the proteins in the brain are affected.

This syndrome is a chronic memory disorder caused by a severe deficiency of thiamine (vitamin B1), usually the result of chronic alcoholism. Symptoms include a very bad memory, though otherwise, the person’s thinking will seem normal. Getting more B1 and cutting back on alcohol should restore the natural balance in the brain.

As you can see, there are many different types of dementia and a medical professional will be able to diagnose which type a person suffers from.

It is important to remember that there are many different forms of dementia. Not all dementia is Alzheimer’s. However, the various types often have some signs and symptoms in common.

There are two types of symptoms, cognitive (related to thinking) and psychological changes.

It is important to note that not all of these symptoms demonstrate a clear diagnosis of dementia. For example, some medications can cause memory loss and/or behavioral changes. So can stress, and a lack of sleep/sleep deprivation.

Discussing the issue with your doctor could mean a switch to a similar medication but without the same side effect. Stress management techniques and focusing on a person’s sleep routine could lead to improvement.

Progression of the Condition

If you notice your own memory failing, or see a loved one exhibiting more and more symptoms, it is likely to be dementia – in which case, you would need to see a doctor for a definitive diagnosis.

As the population in the West ages, many people are concerned about developing Alzheimer’s. They can often become disturbed by changes in their memory and fear the worst. But not all dementia is Alzheimer’s.

Here are some warning signs to watch out for in yourself or a loved one:

In this case, the person is unable to remember simple things or do their regular daily activities easily. They start to become more dependent and unable to handle things on their own.

Many older people find themselves having trouble managing their finances and paying bills, following recipes, and taking much longer than usual to complete simple tasks.

The person finds it hard to use tools they usually have no problems with, such as a computer or microwave.

They lose track of hours and days and are often confused about where they are and how they got there.

There are a number of tests a doctor can administer which will reveal typical vision distortion and other issues suffered by those with Alzheimer’s.

A person with Alzheimer’s will start to lose their words and will also have trouble following conversations.

As a result of psychological changes and trouble communicating, those with Alzheimer’s often withdraw from family and friends, which can actually worsen their condition.

The person will often lose things like keys and money.

People with Alzheimer’s may also experience changes in judgment or decision making. For example, they may use poor judgment when dealing with money, such as giving large amounts to telemarketers. They will most likely pay less attention to their personal grooming or keeping themselves clean.

The most common change is depression, but it might also be anxiety or aggression. These signs and symptoms can help identify Alzheimer’s and other dementia so that the best possible help can be sought.  Our Team is trained to care for seniors with dementia so that they can still live their life independently in the comfort of their own home. Give us a call today and speak to one of our staff about the in-home services we offer (865) 332-5000 or visit our Services Page.